Harnessing the Power of Music and Storytelling in Outreach

Voices Across Time’s Community Outreach program seeks to bring their their work in audience participatory musicals directly into the community especially focusing on local care homes and primary schools.

Music has been seen to help create a sense of community with others through engaging in activities like singing in choirs and encouraging people to share stories about themselves where music is used a triggers.

Schools Work at a glance: Usually over a number of days, the Voices Across Time team will conduct workshops with up to two classes and devise a musical piece based on the current topic in the curriculum.

Care Home Work at a glance: ranging from one off visits to 5 week long projects, Voices Across Time will come and bring the music of the 40s, 50s, 60s, 70s to life for the residents, directed and incorporating them, a performance will always round off each session.

By using the rhythm of the music, the stories the songs tell, the character the performance desires and the technical requirements of singing, Voices Across Time work to provide a workshop that is both mentally and physically stimulating for the residents.

The past 5 weeks have been fantastic…the residents have loved it, they have spoken about it every day!

Workshops can range from one off visits to weekly sessions conducted over an extended period of 5 weeks. Regardless of the length of time, the workshops are fused with theatre, music, movement, conversation and an invite to everyone in the care home and further afield (families and relatives) to come join. 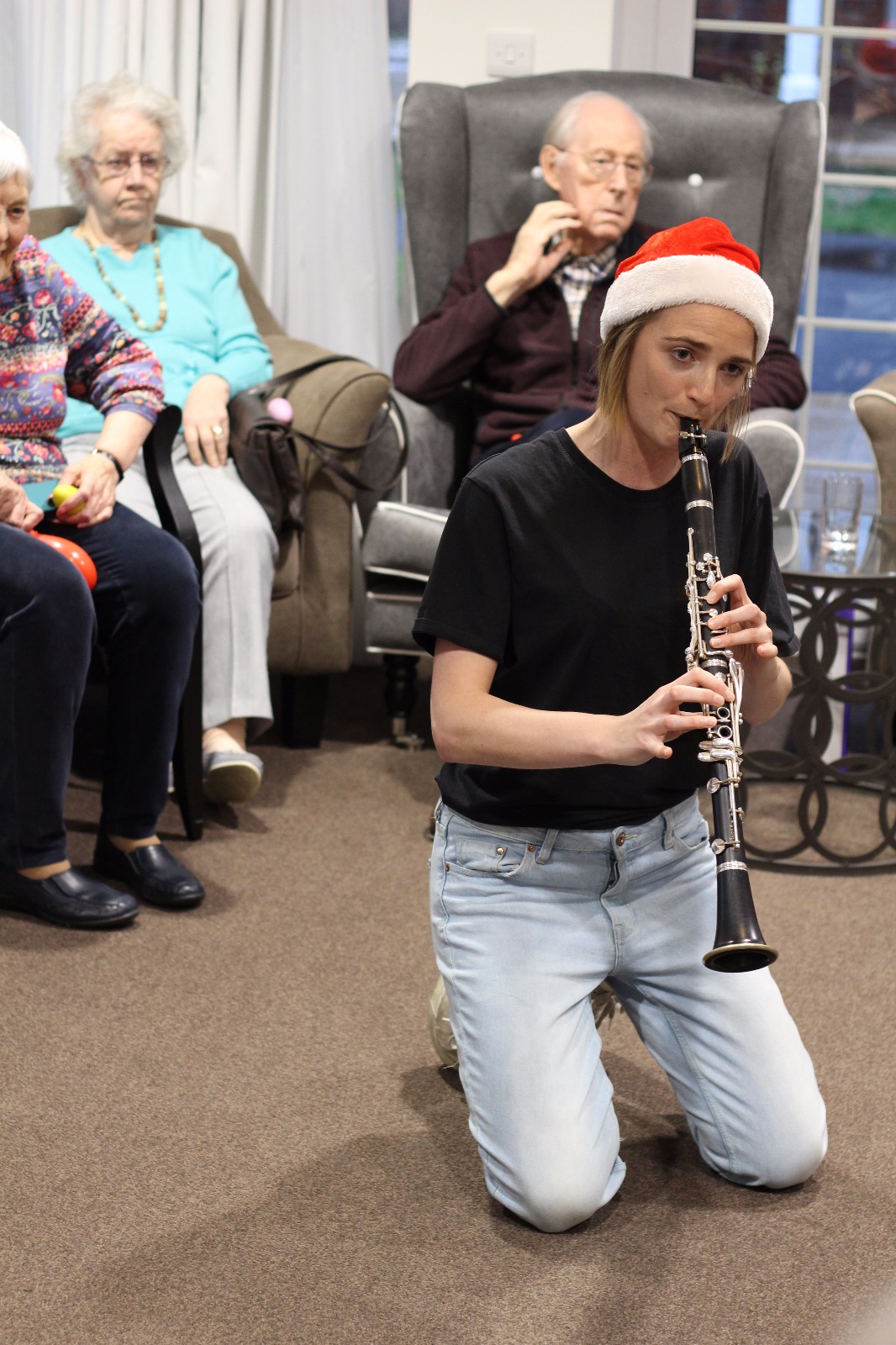 Working with 2 classes independently over a course of 3 days to devise a musical performance which fulfils multiple elements of the national curriculum for music, history and combining other expressive arts areas.

Culmination: a sharing assembly to parents or other classes made into both film/audio recordings to document the classes work, a musical score and backing tracks of their work which the school keep and can be used for future performances within the school.

Please contact the team on team@voicesacrosstime.com to enquire further and get any quotes.

Coming week on week you notice the difference in their [the residents] confidence and in their willingness to perform..We focus on interactive singing and we do vocal warm ups which we run through with our accompanist, he…builds their confidence and ability and we notice by the end of the session, they are in full singing voice!

The Queen's Award For Voluntary Service 2021

Voices Across Time, a theatre company based in Banbury, Oxfordshire, have been honoured with The Queen's Award for Voluntary Service, the highest award a voluntary group can receive in the UK. The…Read More

'Till the Boys Come Home' returns later this year accompanied by a community wide project!

Till the Boys Come Home tells the story of young adventurer Timmy Price who enlists whilst he is still underage and, against his mothers deepest wishes, sets off to the front line for an ‘adventure…Read More

At Christmas, Voices Across Time embarked on their ‘Care Home Tour’ to coincide with the release of their new 4-part radio show. This tour was part of their community outreach project which was…Read More

The Hare and the Tortoise: The Musical

This musical was created over a 5 week period in weekly music workshops held at Chacombe Park by the residents alongside the Voices Across Time team. Featuring sea shanty’s to songs by Sinatra and…Read More

Gallant George and the Deadly Dragon

Over the past five weeks, 5 actor-musicians from the local area have been working with the residents of Glebefields to rehearse and devise this musical through interactive workshops. Armed with song…Read More